A collection of popular Portuguese food recipes from mainland Portugal, the Azores, Madeira and around the world.
About
This Portuguese style pasta with clams and chouriço recipe is easy to prepare and makes for a very tasty dish.
Info
Portuguese Style Pasta with Clams & Chouriço Recipe
Preparation time:
10 min
Cooking Time:
40 min
Ready In:
50 min
Level of Difficulty:
Easy
Servings:
6
Posted by:
Eddy 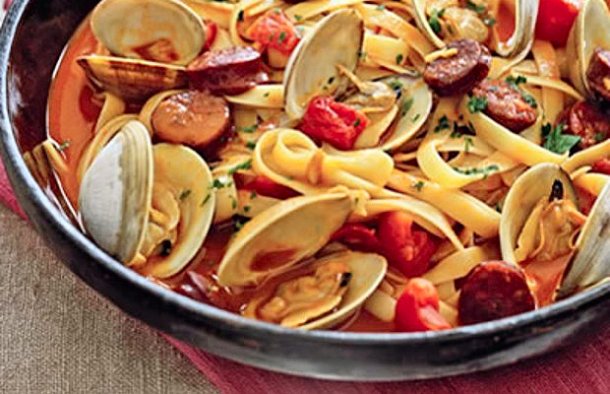 This recipe was inspired by our friends over at Food & Wine Magazine! 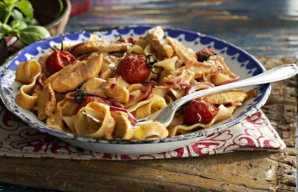 Very delicious flavored dish with a hint of heat, this simple dish is perfect for a quick supper with friends or family.
Portuguese Pulled Pork (Cacoila) Pizza Recipe 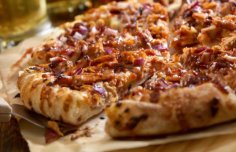 Cacoila is an unbelievably delicious and popular Portuguese style pulled pork that is full of flavor with a spicy kick.
Portuguese Simple Pizza Recipe 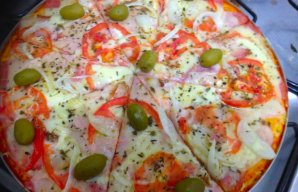 This pizza is easy to make, and although it's healthy, it is still very delicious.
Top